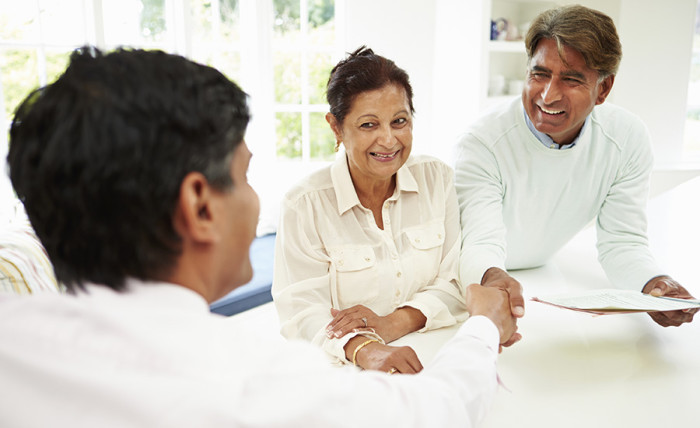 IF YOU LIVE IN OHIO, YOU ARE DARNED LUCKY!

Ohio residents consider themselves lucky to live in the buckeye state when undergoing their estate planning process. Here we list 5 of the top reasons why. For starters, did you know Ohio no longer has an estate tax and never had a gift tax?

As of January 1, 2013, Ohio joined the ranks of thirty other progressive states which have no estate or inheritance tax. Prior to repeal, this nasty, final tax was payable if the value of the net estate was over $338,000.  A seven percent rate applied to any net taxable value over $500,000 so an estate of $2,000,000 was reduced by about $114,000 in Ohio estate tax liability. Only very small estates, surviving spouses and charities escaped the wrath of this tax. Ohio’s generation-skipping transfer tax has also been eliminated. Ohioans no longer need to flee to other states or count the number of days spent out of Ohio to avoid this tax.

Powers of Attorney executed after March 22, 2012, must specifically list any of the seven “hot powers” if they are to be available to the Agent. These “hot powers” are the ability of the agent to: (1) Create, amend or terminate a trust; (2) Make a gift; (3) Change rights of survivorship; (4) Change a beneficiary designation; (5) Delegate authority; (6) Waive the right to be a beneficiary of a joint and survivor designation; and (7) Exercise fiduciary powers.

These two provisions are designed to curb past abuses of Powers of Attorney by bad actors using generic powers without supervision to feather their own nests. Powers executed before the effective date of the Act still are still valid, but should be updated to make sure that only necessary and appropriate powers are available to the Agent.

Prior to the enactment of the §5801 of the Ohio Revised Code, it was difficult for lawyers in Ohio to provide definitive advice regarding the creation, administration, reporting, modification and termination of trusts.

Under the Ohio Trust Code, practitioners, courts and all parties to Trusts have a comprehensive framework to address all aspects of Trust administration. Divergent local practices and inconsistent court rulings have been replaced by this compendium of Ohio trust law. As a result, Ohio administrations are crisper and cleaner. This makes Ohio a more attractive location for trust administration, resulting in the retention of assets in Ohio and other economic benefits.

Ohio is only one of fourteen states with decanting statutes. §5808.18 permits the transfer of assets from a less then optimum Trust to a more favorable Trust to accomplish desired objectives.

Decanting is easiest with Trusts which give Trustees absolute power to make distributions of principal. §5808.18(B) may be used where a Trustee has authority to distribute principal to or for the benefit of one or more beneficiaries pursuant to an ascertainable standard. §5808.18(C) discusses limitations on the provisions of the receiving Trust which may not modify or reduce the current right of a beneficiary to mandatory distributions.

The new Trust may include a spendthrift provision, grant beneficiaries a power of appointment, divide or combine trusts, change a trust’s governing law, remedy tax problems, change administrative provisions and/or name a Trust protector who can remove a Trustee under certain circumstances. When decanting is added to Ohio’s existing remedies of Private and Judicial Settlement Agreements, Common Law Settlement and Release Agreements and Judicial Reformation, Ohio becomes a leader amongst states which permit Trust modification to adapt to changing circumstances or correct scrivener errors.

Since March 27, 2013, individuals may create an irrevocable Legacy Trust utilizing an Ohio qualified Trustee.   The assets of the trust are generally exempt from creditors’ claims yet the creator of the trust can retain certain rights to trust principal and interest during the term of the Trust. The Trustee may be guided by a purely discretionary standard or according to another permissible standard in the trust instrument but not an ascertainable standard. The Settlor may retain the power to veto distributions and invade Trust principal up to 5% annually. During life, the grantor may remove and replace a trustee or trust advisor. Upon death, the grantor can have a non-general power of appointment.

If a transfer into the Trust is not a fraudulent conveyance, creditors are barred from seeking recovery against the Trust assets after, at the latest, eighteen months from a transfer of property into the trust. This creditor protection does not apply to child support and, in some cases, alimony obligations. If properly drafted and funded, the Legacy Trust can provide some protection when a Prenuptial Agreement is unobtainable.

For these reasons and many others, if you live in Ohio, you’re darned lucky!