Cleveland Bar Journal | Is Your Cannabis Business Going up in Smoke? 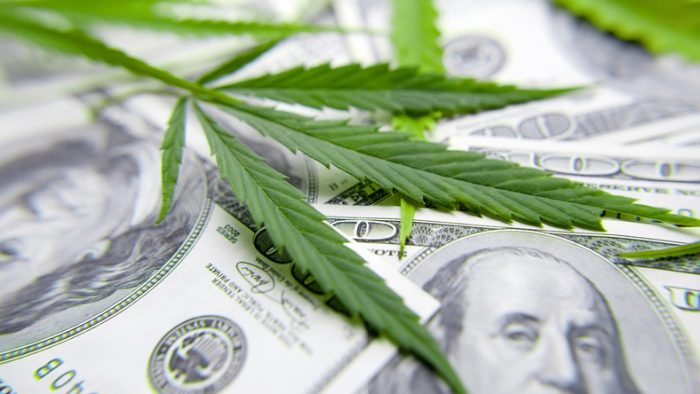 It is no secret that the cannabis business is booming.  Since 2012, 33 states and the District of Columbia have legalized the use of marijuana for medical or recreational purposes (or both), and an entire industry has been (and continues to be) born around it.  With such rapid expansion in this relatively new industry, competition will inevitably cause some of these companies to fail.  According to the Small Business Administration, approximately 30 percent of all new businesses fail during the first two years of operation; 50 percent fail within the first five years; and 66 percent fail within the first ten. Yet, because marijuana remains classified a “Schedule I” substance under the federal Controlled Substances Act, 21 U.S.C. § 801 et seq. (the “CSA”),[1] filing for protection under the Bankruptcy Code largely continues to be an unavailable remedy for these businesses (and the individual principals).

Establishment of the General Rule

The rationales for dismissal set forth in two of the earliest cannabis cases—In re Rent Rite Super Kegs W. Ltd., 484 B.R. 799 (Bankr. D. Colo. 2012) and In re Arenas, 514 B.R. 887 (Bankr. D. Colo. 2014)—are utilized in nearly all of the cases decided since.  In both cases, the court dismissed the case of a landlord whose tenant used the leased space to cultivate marijuana.  In Rent Rite, the court found cause for dismissal under 11 U.S.C. § 1112(b) on theories of: (1) gross mismanagement of the estate; (2) unclean hands; and (3) no prospect for confirming a plan due to reliance on activity illegal under the CSA.  In Arenas, the court dismissed the debtors’ chapter 7 case finding that a trustee could not lawfully administer the debtors’ assets.

The Start of a Shift?

Although the federal government is unlikely to change marijuana’s classification under the CSA soon, there has been some progress in the area.  Two recent opinions suggest a slight shift may be occurring, perhaps to address the dichotomy between the push by states to legalize marijuana and federal drug laws.  In In re Arm Ventures, LLC, 564 B.R. 77 (Bankr. S.D. Fla. 2017), the bankruptcy court declined to dismiss a chapter 11 case “ripe for dismissal” because there were significant non-insider unsecured claims, and gave the debtor leave to propose a plan that did not depend on marijuana as a source of income.  And, in In re Cook Investments NW, Spnwy, LLC, Case No. 16-47782 (Bankr. W.D. Wash., Jun. 21, 2017) the bankruptcy court declined to dismiss the chapter 11 case of a single-asset real estate debtor leasing space to a marijuana grower operating lawfully under Washington state law and confirmed its reorganization plan over the objection of the UST.  The basis of UST’s objection was that the debtor’s plan was unconfirmable under 11 U.S.C. § 1129(a)(3), which requires a plan not be proposed by means forbidden by law.  The Ninth Circuit Court of Appeals affirmed the decision of the previous courts holding that § 1129(a)(3) forbids confirmation of a plan that is proposed in an unlawful manner, but does not forbid confirmation of a plan that has substantive provisions that depend on illegality. Gavin v. Cook Investments NW, SPNWY, LLC (In re Cook Investments NW, Spnwy, LLC), 992 F.3d 1031 (9th Cir. 2019).

In the meantime, distressed cannabis companies may be able to utilize a variety of state-law remedies.  In Ohio, two such remedies include an assignment for the benefit of creditors (“ABC”) and a receivership.

Assignment for the Benefit of Creditors

In general, an ABC is an “[a]ssignment of a debtor’s property to another person in trust so as to consolidate and liquidate the debtor’s assets for payment to creditors, any surplus being returned to the debtor.” Black’s Law Dictionary (11th ed. 2019).  Originally creatures of common law, many states codified ABC’s beginning in the late 1800’s. See, i.e. Brashear v. West, 32 U.S. 608 (1833).

In Ohio, ABC’s are governed by O.R.C § 1313.01, et seq., which provides a comprehensive, albeit dated, statutory scheme outlining the requirements of an assignee.  ABC’s typically are implemented for the liquidation of an insolvent business, and the statute requires the assignee to sell all real and personal property owned by the assignor. O.R.C. § 1313.21.  But, the probate court has discretion to permit the assignee to operate the assignor’s business with the consent of “three-fourths in number and amount” of the assignor’s creditors. O.R.C. § 1313.31

Importantly, legal title of the assignor’s property is vested in the assignee, which means the property is generally out of reach of creditors but for their rights under the assignment. See Christoff v. Brunckhart, 1 Ohio App. 2d 210, 212 (Ohio Ct. App. 1965), citing Marienthal v. Mosler, 16 Ohio St. 566 (1866). While this certainly benefits the assignor in general insolvency proceedings, it does pose unique problems for the assignee of a business subject to Ohio’s Medical Marijuana Control Program.  Importantly, in Ohio, marijuana businesses are subject to licensing and regulation by the Ohio Department of Commerce, the State of Ohio Board of Pharmacy, or the State of Ohio Medical Board.  Thus, the continued operation of the business may be a difficult hurdle for an assignee to overcome.

Additionally, the assignee could face obstacles selling property free and clear of liens.  While some case law indicates that the lien of a secured party passes to the proceeds of the sale of property by the assignee, the ABC statutory scheme does not address the issue as clearly as the more recently amended Ohio receivership statute.  See Lindermann v. Ingham, 36 Ohio St. 1 (1880); and O.R.C. §§ 1313.32 – 1313.34, but contrast with O.R.C. § 2735.04D(1)(a).

Another available in Ohio may be a receivership.  Receiverships primarily are utilized under the receivership statute O.R.C. §2735.01 et seq.  Under Ohio law, a receivership is a remedy, not a standalone cause of action. Wood v. Galpert, 1 Ohio App.2d 202, 204, 204 N.E.2d, 384, 386 (8th Dist. 1965).  So, unlike an ABC which invokes the jurisdiction of the probate court, a distressed marijuana business needs to invoke the jurisdiction of the appropriate state court before seeking the appointment of a receiver.

Similar to a debtor in possession under the Bankruptcy Code, or certain instances under an ABC, it may be advantageous for a receiver to operate the business during liquidation.  However, the judicial dissolution process may pose obstacles to a receiver’s ability to operate and potentially sell the distressed business as a going concern as the receiver may not be able to transfer any assets without dissolving the entity.

That said, a Receivership has some advantages over an ABC.  First, title to the receivership property is not conveyed to or vested in the receiver.  Rather, a receiver is merely an administrative arm of a court who takes charge of assets for purpose of conserving them to ends of equity and for benefit of creditors generally.  Tonti v. Tonti, 118 N.E. 2d 200 (Ohio Ct. App. 1951).  Consequently, a receiver appointed over an insolvent entity may not face the same regulatory problems an assignee would in attempting to continue the ongoing operations of the debtor, even for a short time during a liquidation.  Additionally, O.R.C. § 2735.04(D)(1)(a) specifically provides for the sale of receivership property free and clear of liens.

Not a Perfect Substitute

While these state law alternatives are not a perfect substitute for bankruptcy proceedings, both could provide an insolvent cannabis business a judicial remedy to satisfy its creditors in a controlled manner.  However, it is important to note that  both an assignee and a receiver may face the same practical problems the business itself faces.  For example, an assignee or receiver over an Ohio licensed cultivator or dispensary will have the same banking and financial services challenges as the business (however, current legislation such as the SAFE Banking Act of 2019, if passed, may help alleviate those challenges).

Any marijuana business in distress should seek the advice of counsel to discuss the best available options.

Heather E. Heberlein is a creditors’ rights and bankruptcy attorney who represents financial institutions in bankruptcy cases, adversary proceedings, commercial transactions and litigation.  When companies are financially vulnerable, she helps private equity firms invest in them or purchase their assets. She finds her work most rewarding work is when closely held companies come to her while their financial stress still is manageable, so that a proactive solution can be created to get the organization back to a place of financial health. she can be reached at [email protected] or 216.615.7323.

Nathaniel R. Sinn is a commercial litigator who helps financial institutions manage complex matters regarding creditor’s issues, commercial collections, bankruptcy, foreclosures and receiverships. His focus is on receiverships, and his background in real estate law affords his clients a unique advantage. He understands the real estate industry and the intricacies and issues with real property, which allows him to view matters from multiple perspectives and understand how certain issues are impacted by different areas of the law. He can be reached at [email protected] or 216.615.7321.

Buckingham is a corporate law firm that counsels Middle Market executives and business leaders all over Ohio and beyond. With offices in Canton, Akron, and Cleveland, Buckingham offers clients Business Law Reimagined through sophisticated and practical legal services. Serving the region for over 100 years with nearly 70 attorneys, Buckingham’s mission is to deliver meaningful experiences through the practice of law, exceed expectations in terms of service, counsel and business sense, and to offer continuous value to the industries, communities and clients they serve. See all of our news and updates by visiting our website.